Associations have been counseled for the last several years to move quickly to foreclose on units in cases of prolonged lender foreclosures so that they could utilize these residences to reap rental income while the bank cases languish. However, a recent ruling by the Fourth District Court of Appeal serves as a reminder of the pivotal importance of properly undertaking required procedural steps and executing service of process on all of the owners and other defendants in foreclosure cases prior to moving on to trials and judgments.

The appellate panel in the case of Frank Reilly v. U.S. Bank National Association found in favor of the defendant Reilly and reversed the lower court’s final judgment of foreclosure. It found that the case was not yet “at issue,” meaning ready for disposition, when the Broward circuit court issued a final judgment for the lender because the lender had not obtained a default against Reilly nor had Reilly filed an answer. Accordingly, the final judgment as to Reilly was reversed, and the case was sent back to the circuit court for further proceedings.

The appellate court also confirmed that Reilly must be allowed to raise his service of process challenges against the lender because they had not been considered by the circuit court. 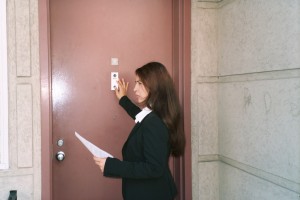 His service of process challenge stemmed from the lender’s claims that it attempted to find him but he was dodging its process servers, so it served him by publication. Had these issues simply been presented to the circuit court in the original proceedings, the challenge by Reilly and associated delays may have been avoided.

The lesson here for associations and lenders pursuing foreclosure cases is that their judgments can be completely undone if they fail to undertake required procedural steps or cut corners in the servicing of process for owners or other defendants in these lawsuits. Associations must rely on qualified and highly experienced process servers to properly service foreclosure lawsuits to owners, who oftentimes do everything in their power to evade them and avoid being served with the suit. In some cases, this may require retaining the process servers to stake out an owner at their work or residence, and it may take several attempts before the process servers are able to serve a defendant with the lawsuit as prescribed under Florida law.

These expenses should be considered part of the cost of doing business in the prosecution of foreclosure actions by associations, which should take note of this and other similar appellate rulings and avoid cursory and unsuccessful service processing in favor of service by publication. Otherwise, they are risking the very real possibility of increased legal and administrative costs by having their foreclosure rulings overturned and remanded for further proceedings.