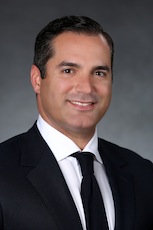 Firm partner Roberto C. Blanch wrote an article that appeared in today’s edition of the Daily Business Review, South Florida’s only business daily and official court newspaper, about the recent decision by the Second District Court of Appeal in the case of Andrews v. Shipps’s Landing Condominium Association. His article reads:

“. . . The Second DCA found that the association did not conclusively establish that the removal of the drywall ceiling resulted in a violation of the association’s declaration of condominium.

Furthermore, while the appellate opinion indicates that the owners opted to remove the ceiling drywall during the performance of the previously approved alterations, it appears that the association did not provide any testimony to counter the testimony proffered on behalf of the owners interpreting that the declaration of condominium establishes that the drywall ceiling is within the unit’s boundaries.”

“Association representatives should also consider standardizing the process for unit owner requests for alteration approval, should it be determined that the association’s directors have the authority to grant such approval. For instance, it appears from the opinion that the association in question did not have a clear procedure or form for the requests for renovation approvals requiring detailed descriptions of the proposed alterations.

A form with detailed questions regarding all of the elements that will be renovated should be employed, and the approvals should include stipulations that only the renovations detailed in the form by the owners are being approved and no other elements may be altered without the association’s prior written approval.

. . . It is also imperative for associations to act promptly when seeking recourse or corrective actions against an owner if it is determined that an alteration has been made in a manner that is inconsistent with the design approved by the association. An association’s failure to do so may adversely affect its ability to successfully do so in the future.”

Our firm congratulates Roberto for sharing his insight on this new appellate decision with the readers of the Daily Business Review. Click here to read the complete article in the newspaper’s website (registration required).