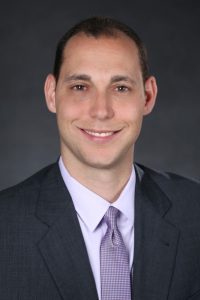 In the case of Lamar v. Wheeler’s Landing Homeowners’ Association, the appellate division court reversed the trial court’s judgment and ruled in favor of the homeowner after interpreting that the HOA’s declaration provides for automatic approval after 12 months of the color change.

The appellate division judge’s ruling notes that “[t]he record is clear some people did not like the yellow-brown color” used by Lamar, and she did not seek nor obtain prior written approval for the use of the color. The defendant contended that she received an informal verbal approval by one of the board members prior to painting her home, and evidence suggested that the small 36-home community ran its affairs fairly informally and has had difficulty finding and keeping board members.

In accordance with the association’s declarations, homeowners making major changes to their homes are supposed to get prior approval from the community’s architectural review committee by providing it with an application with detailed plans. Painting one’s house the same or similar color is not considered a major change that requires approval, but switching to a completely different color is considered major.

The homeowner painted her home in July 2013 after she and her painter received informal approval for the change from a neighbor board member who was also a member of the architectural review committee, according to their testimony before the trial court. Regardless of whether the board member approved the color, which was in dispute, the color change was immediately obvious, yet it was not until more than a year later in October 2014 when the association sued the homeowner based on her failure to obtain the prior approval for the color change.

The trial court agreed with the association and concluded that the owner violated the association’s declarations by failing to obtain approval prior to the painting of her house. It rejected her defense, which was based on the declarations’ provision that the association’s failure to act on a violation within a year operated as de facto approval, reasoning that this stipulation was meant to be triggered only upon the submission of a written application.

The appellate division judge disagreed due to the language of the section in question, which reads: “If the architectural committee does not approve or disapprove any application or request additional information within 60 days after receipt of an application consisting of a complete set of plans and specifications, its approval will be deemed given. If no suit to enjoin or remove any structure; activity; use; change; alteration or addition in violation of any provision contained in this declaration is commenced within twelve months following its completion, its approval also will be deemed given as to all persons with knowledge of such violation … ”

The appellate ruling concluded that the trial court’s interpretation finding only a written application triggers the tolling of the one year period during which the association can take action against an unapproved change “effectively invalidates Section 2’s earlier pronouncement that written submissions not acted on in 60 days are considered approved.”

. . . Together with the appellate division’s reversal in favor of the homeowner, it also granted her motion for appellate attorney’s fees. Such fees will almost certainly be quite daunting, especially for a homeowners’ association comprised of only 36 affordably priced homes with a small annual budget that is also facing considerable fees for its own legal representation in this lawsuit.

Our firm salutes Marc for sharing his insights into this ruling with the readers of the Daily Business Review.  Click here to read the complete article in the newspaper’s website (registration required).