When the Condominium Act was amended several years ago to allow associations to demand and collect rent directly from the tenants of unit owners who were delinquent in the payment of their monthly fees, community associations thought it was an answer to their prayers.  Associations were struggling to recover from the foreclosure crisis, and many homeowners made the decision to rent their units to make some money but, unfortunately, they also chose not to pay their associations.

However, utilization of this amendment has proven to be difficult and sometimes costly to enforce in cases in which de facto tenants and their landlords are able to demonstrate to the court that a tenancy under the letter of the law is not actually in place.  How many times have we heard that the tenant is “family,” that the tenant does not pay the landlord, and that there’s no lease in place?

A noteworthy example is found in a ruling last year by the Miami-Dade County Circuit Court Appellate Division in the case of Cecil Tavares v. Villa Doral Master Association. 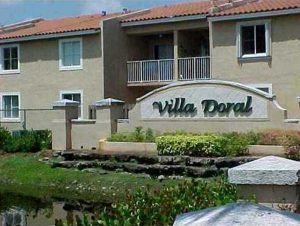 Tavares had conveyed his condominium unit via quit claim deed to a new owner, but he and his wife continued to live there.  When the new owner went into arrears with the association, it attempted to collect the rent directly from Tavares and eventually filed for an eviction.

The county court granted default judgment in favor of the association and issued a writ of possession to enable it to move forward with the eviction, but Tavares appealed on the question of whether the court erred by defining him as a tenant based on the quit claim deed.

The appellate division court found no language in the quit claim deed indicating that the owner and the resident had created a legal tenancy (which requires either a written or oral agreement), and the association did not provide a copy of a residential lease agreement.  It also found that there was no evidence that any kind of written or oral agreement existed, and ultimately concluded that it could not define the defendant as a tenant under the law.

As such, the court vacated the order of default judgment and remanded the case for further proceedings to determine if the defendant was a tenant under the law.  If the county court finds that Tavares is not a defendant, the appellate court ruling directed it to transfer the case to the circuit court for ejectment proceedings, which are typically reserved for use against squatters and fall under the jurisdiction of circuit courts rather than county courts.  The appellate division court also granted the defendant’s motion for attorney’s fees from the association because he was the prevailing party.

Ejectments are typically more complicated than evictions, especially if they are contested, and the process can often take quite a bit longer than an eviction to complete.  It begins with the filing of a complaint for ejectment, which must provide 20 days for the defendant to file a response.  A hearing will follow the defendant’s answer, and the plaintiff association will need to demonstrate to the court that it has a present right to possession of the unit under Florida law.

Other associations attempting to collect the rent directly from the tenants of delinquent owners have also encountered similar defenses in which the tenants and owners claim to be friends, relatives or coworkers, and indicate that no agreement is in place and no rent is being paid.

In cases such as these in which it becomes apparent that it will be difficult to establish that an actual tenancy is in place, the appropriate remedy may be an action for an ejectment in circuit court rather than pursuing an eviction in county court.