When it comes to coverage of community association disputes, nothing seems to draw the media’s attention more than quarrels involving the forced removal of unapproved family pets and service animals. One of the most recent examples is a report by CBS-12 News on a Boca Raton family that is fighting to keep its chickens and backyard coop, which they have maintained for the last 10 years.

The station’s report chronicles how the Ashley Park Homeowners Association has given Damir Kadribasic and his family a 14-day notice to get rid of the birds or start facing a fine of $100 per day. Kadribasic has retained an attorney and apparently intends to put up a fight. He says he has had the birds for the last 10 years with no complaints, and he showed the station a petition signed by his neighbors demanding that the HOA allow the chickens to stay. 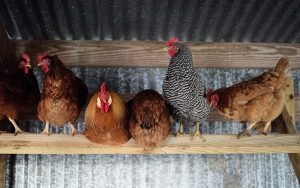 The family’s attorney says they were given a notice that consisted of a single sentence, and the association did not specify which bylaws were being violated. However, the station obtained a copy of the community’s bylaws, which do indeed state that only common domestic pets are permitted. To that, the owners’ attorney notes that the chickens are domestic because they are not being used commercially and are considered pets by the family. He also says that the HOA cannot selectively enforce its rules.

The station’s report concludes by noting that it asked the association for a response, but none was forthcoming. That was unfortunate for the HOA, because predictably the result was a one-sided report.  Click here to watch it on the station’s website.

Understandably, rules enforcement can be very challenging for community associations to administer. It takes a complete commitment to resolving disputes as reasonably and fairly as possible with uniformity and impartiality in all deliberations and decisions.

Associations should always turn to a set procedure to find effective, reasonable and equitable resolutions based on all of the facts. All enforcement decisions should be based on reason, with the aim of finding fair resolutions that meet the community’s standards for the uniform and unbiased application and enforcement of its rules and restrictions. Any resulting fines and suspensions should always be reasonable and uniform with those for similar infractions.

Owners facing fines or suspensions for violations should be entitled to a hearing before a committee comprised of at least 3 other unit owners who are not board members or related to board members in any way. The committee is empowered to confirm or reject the fine or suspension imposed by the board based on the owner’s defense of their case.

The truth is that community associations to some extent have a negative perception for overzealous rules enforcement. Damaging media attention for measures such as the removal of animals that a family has had for more than 10 years should be considered a very real and likely possibility by association boards of directors, which have a duty to weigh all the factors that help to maintain a community’s property values and appeal.

By developing and implementing a fair and effective process for violations enforcement and dispute resolution, associations can help to reverse a negative perception and reinforce their positive image for safe and hassle-free living with exceptional amenities.

Our firm’s other South Florida community association attorneys and I write about timely and important issues for associations in this blog, and we encourage association directors, members and property managers to enter their email address in the subscription box on the right to automatically receive all our future articles.