For the second time in the last several months, firm shareholder Gary M. Mars authored an op-ed editorial column in the Miami Herald on a vital new piece of federal legislation to provide for condo-safety financing options for condominium associations and their unit owners.  Gary’s new article, which is featured in today’s op-ed Opinion page of the Herald, discusses what he calls a perfect storm of rising insurance, inspections, repairs and reserves expenses that could jeopardize the finances of many South Florida condominium associations and force some owners to either sell or face the prospect of foreclosure.  It reads:

. . . A recent Palm Beach Post article chronicled how the Portofino South Condominium in West Palm Beach received an 82% increase from its insurance carrier, while its directors and residents had expected an increase of about 25%, which the community got in 2021.

For most communities, increased insurance costs will come first, but increases created by the provisions of the state (and some county) mandates for structural inspections, repairs and reserve funding are sure to follow. Those provisions do not start until 2024 for the affected buildings, but association boards would be well advised to begin securing and vetting offers from qualified professionals for their long-term budgetary planning.

A federal proposal introduced recently by Florida U.S. Reps. Charlie Crist and Debbie Wasserman Schultz, together with another bill from the same lawmakers introduced in April, could provide relief for communities in immediate need of substantial repairs and renovations. The new Rapid Financing for Critical Condo Repairs Act of 2022 would let the U.S. Department of Housing and Urban Development’s Federal Housing Administration insure condominium association building rehabilitation loans issued by private lenders.

END_OF_DOCUMENT_TOKEN_TO_BE_REPLACED

The collapse of the Champlain Towers South condominium has been a human tragedy of unimaginable proportions, and the unspeakable grief and horror of its aftermath have been shared deeply by our law firm.

Our firm’s community association law attorneys have made helping condominium communities to contend with construction defects a particular focus of our work.  We believe reforms should be considered to require engineers to report certain serious conditions to local building departments wherever they find them.  This would take discretion out of equation and immediately involve building inspections, permits being issued and repairs being completed.  We also suggest there should be new federal/state government aid and/or low-interest federally backed loans for condominium associations that now engage in major structural repairs.

Our attorneys are also concerned by the great deal of misinformation that is currently circulating over the legal liabilities of association board members.  We note that lawsuits against a condo association are ultimately against the building’s insurer and possibly all the unit owners, as the owners can be held responsible for their association’s liabilities.  The firm’s attorneys have been reaching out to our clients to remind them of importance of prioritizing engineering findings in their turnovers to new board members and property managers, and to focus on structural issues over aesthetics and fund reserve accounts for any necessary repairs.

Our firm’s attorneys have also been sharing their insights on these and other issues with major media outlets as well as some of Florida’s lawmakers and policymakers, and we have scheduled a free live webinar on 40-year recertifications and structural maintenance for today at 1 p.m. (click here for information and online registrations).  The Sun Sentinel and Daily Business Review immediately turned to our board certified construction and condominium law experts for their input in the aftermath of the collapse.  A front-page article in the Sun Sentinel that appeared in the Friday, June 25, edition titled “How to Know if Your Condo Tower is Safe” includes insights from firm partners Stuart Sobel (pictured here) and Roberto C. Blanch.  The article reads:

END_OF_DOCUMENT_TOKEN_TO_BE_REPLACED

A recent report by the Jacksonville, Fla., ABC network affiliate exemplifies the calamitous results that can ensue when condominium associations and HOAs are inadequately prepared to meet the long-term maintenance needs of their communities.  The station chronicled the battle that is taking place at the Fountain Gate Condominium, which is composed of a number of buildings that were originally built in the 1980s and now need their wood siding replaced.

According to the report, the association’s board of directors has approved the procurement of a bank loan for $1.5 million for the project.  It would be repaid by imposing a special assessment of approximately $20,000 per unit, to be paid monthly over seven years.

One of the directors on the association’s board, Jody Kilgore is against the special assessment proposal, which met with an immediate backlash by the unit owners.  She is quoted in the report saying that the owners, who are mainly retirees in their 70s and 80s on fixed incomes, “feel like we’re being railroaded.” 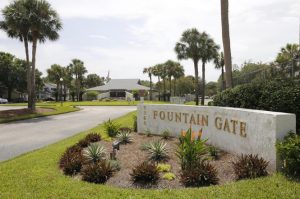 She goes on to say that the unit owners are being left out of the decision-making process, explaining that Florida law requires the approval of 75 percent of the owners for material changes such as this repair project.  Instead, she notes that the board of directors alone voted to approve the changes.