Our firm’s other community association attorneys and I are often called upon by association boards of directors and property managers with issues involving obstinate and disruptive unit owners who become a serious nuisance to directors, management and other residents.  In such cases, after warnings, incident reports and fines have failed to have any effect, legal action can serve as an effective recourse.

Such appears to be the case in the recent lawsuit filed by the condominium association for The Mark Yacht Club on Brickell Bay (pictured here) in Miami-Dade Circuit Court. 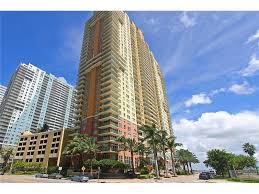 The association is suing Nuri Munis, Pelin Munis Cakov and Seda Munis, who own two units in the 36-story condo building, for putting the board of directors, property manager, staff and fellow residents through a hellish ordeal.

The suit contends that Nuri Munis and his relatives have engaged in a campaign to harass and intimidate condo association board members, property management employees and their fellow residents.  The suit also states that the family stalks other residents and accuses them in a threatening manner of violating the association’s rules.

Based on the allegations chronicled in the association’s complaint, a lawsuit of this nature seeking an injunction against a resident and his relatives to force them to cease their offending behavior appears to be entirely justified when the resident can’t be bothered with the rules or common decency.  While it is generally best to avoid litigation whenever possible, in extreme cases such as this, litigation is sometimes the only truly effective option against recalcitrant owners and residents.