As we noted in our blog earlier this year, we would like to congratulate associate attorney Georg Ketelhohn on being named the recipient of the 2011 Eddy McIntyre Community Service Award by the National Gay and Lesbian Task Force. We are very proud to have Georg as a member of the firm. 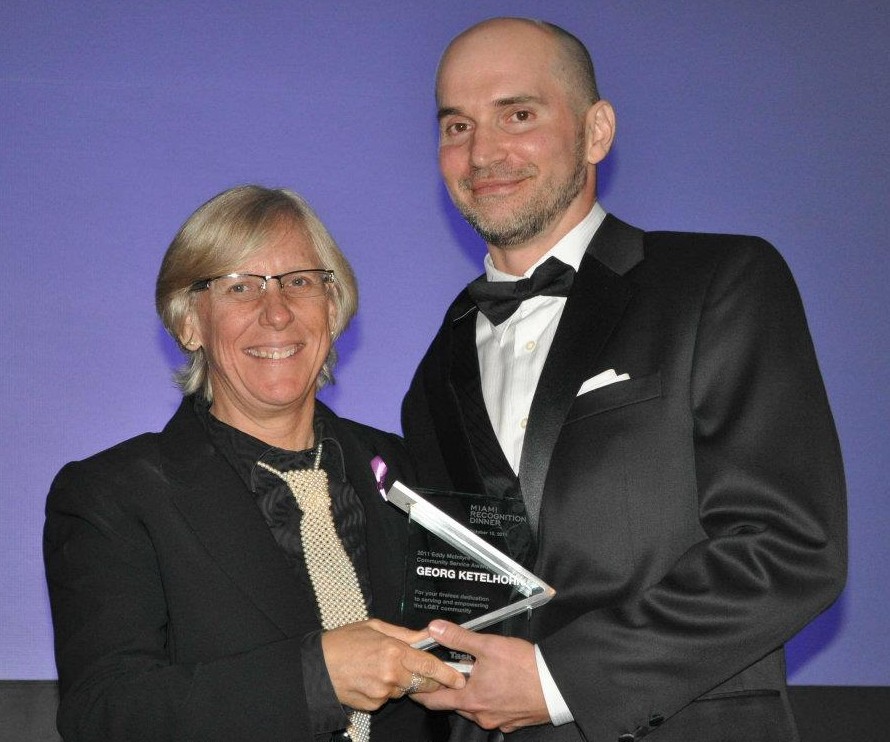 In 2002 prior to joining our firm, Georg resigned his position as an associate attorney with another South Florida law firm where he had worked for more than five years in order to serve as the unpaid campaign manager for Save Dade’s successful “No To Discrimination” campaign, which defeated an attempt to legalize discrimination against lesbians and gays.

Click here to read more and see additional photos from the event.