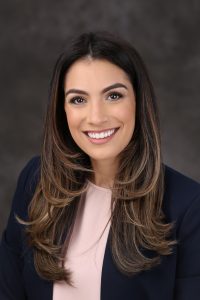 The firm’s Christyne D. Santisteban authored an article that was featured as the guest commentary column in the online edition of today’s Daily Business Review, South Florida’s exclusive business daily and official court newspaper, and will soon be appearing in the “Board of Contributors” page of its print edition.  The article, which is titled “Condo Garage Exit Alarm Creates Quite a Stir, But Only Requires Simple Solution,” focuses on an unusual condo dispute controversy that recently made local headlines in the Tampa Bay area.  It involved a parking garage exit pedestrian-warning alarm at a St. Petersburg, Florida, condominium tower that can be heard for several blocks and has drawn a nuisance lawsuit from a unit owner of a neighboring building.  Christyne’s article reads:

. . . The report in the Tampa Bay Times, which was followed by an editorial from the daily newspaper suggesting a simple solution, is sadly yet another example of an association ignoring an issue until it becomes a five-alarm fire, and then fanning the flames rather than easily and effectively putting them out.

The Times article focuses on Fred Sherman, who has apparently become extremely knowledgeable about the garage exit pedestrian-warning systems used by the buildings in his downtown St. Petersburg neighborhood. He demonstrates to the newspaper’s reporter that one has a voice that says “attention, vehicle exiting,” another has a light with a speaker that says “car coming,” and a third has a flashing device with some audio.

But the one that has literally caused him to lose sleep at night is an old-school metal alarm bell, precisely like the ones actually found at old schools. It goes off every time a vehicle exits the garage at the Ovation condominium tower at all hours of the day and night. He tells the reporter, who chronicled that the bell indeed “wailed like an alarm clock in an old Looney Tunes short,” that it sounds like inmates are escaping. Even though he lives in another condominium tower on the 31st floor one block away, the blaring cacophony is too much to bear.

“It’s noise pollution, I’d almost use the word evil,” says Sherman. “And once you notice it, you can’t stop noticing it.”

Sherman notes that he has “tried everything to get someone with authority over the bell to have a conversation with him to discuss a change to a quieter option.” His entreaties have included contacting Ovation’s condo board and sending them messages through acquaintances he has made who live in the building, and he has also enlisted the president of his condo association for some building-to-building diplomacy.

It has all come to no avail.

The article states that Sherman has also contacted the property managers and lawyers for Ovation, and the police have told him there was nothing they could do because the alarm bell did not appear to violate the city’s noise ordinance and serves a legitimate safety purpose.

He surveyed neighbors and people who work nearby, who also told him they were annoyed, and the article states: “Former St. Petersburg Arts Alliance director John Collins told the Times the ringing was so annoying in his office across the street from the Ovation, he worried for his and his coworker’s health until he moved out.”

Where does the Ovation condo association stand on its bell? The newspaper’s readers can only guess, as the board of directors and the building’s property management company declined to speak with the reporter about it.

Sherman has since retained an attorney and filed a nuisance lawsuit against the Ovation association, claiming the alarm has affected his sleep and his ability to enjoy his condo. The association’s written response with the court states removing the alarm would be a grand disservice to the public because it is used to avoid catastrophic collisions between exiting vehicles and pedestrians on the sidewalk. It also claims Sherman has failed to show that the bell “was more than a trifling annoyance or discomfort,” as required by law. The judge presiding over the matter has referred the parties to private mediation.

In a subsequent Times editorial titled “A 10-year-old could solve the St. Petersburg noisy bell dispute,” the newspaper’s editorial board writes: “Anyone who chooses to live in a busy downtown should willingly tolerate a little noise, but the bell does seem unnecessarily loud. A little after noon on Wednesday, the clanging could be heard from more than a block and a half away. Plus, it lets out one set of rings, pauses, and then lets out a second. By the time of the second burst, many of the cars exiting on Wednesday were already on or beyond the sidewalk, rendering the second ring superfluous.”

The editors opine that the Ovation association should simply find a solution that would muffle the ring or employ a quieter system with a warning light, and I wholeheartedly agree. Ignoring Sherman and resisting any changes to its warning system have already taken a toll in legal costs, but that is nothing compared to the major public relations hit that the property has suffered in the pages of the region’s daily newspaper of record.

Rather than exacerbating the negative consequences stemming from its refusal to respond to Sherman by continuing to mount a legal resistance, the association should quickly settle the case by agreeing to install a quieter system, and it should alert the newspaper’s reporter of its decision via an interview or written statement. The media outlet may decide to update its readers with a news brief as well as an update in the report and the editorial that will continue to appear on its website for the foreseeable future. . .

Christyne concludes by noting that news reports and editorials such as these generate a negative perception and reputation for the subject community, and all those who read or hear about them could easily become disinclined from ever buying a residence there as a result.  She suggests that associations facing the prospect of damaging media coverage should always give serious thought to the changes and concessions they could make to mollify the situation and perhaps even turn a negative report into a positive media opportunity.

Our firm salutes Christyne for sharing her insights into the takeaways from this dispute and the resulting media coverage with the readers of the Daily Business Review.  Click here to read the complete article in the newspaper’s website (registration required).