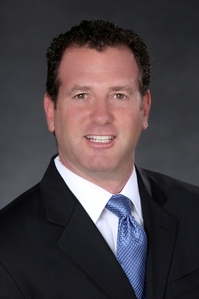 The firm’s Gary M. Mars was one of only three South Florida community association attorneys whose analysis was featured in a front-page report in today’s edition of the Daily Business Review headlined “Law Cracks Down on Owners Harboring Fake Service Pets.” The article by reporter Samantha Joseph of the DBR, which is South Florida’s exclusive business daily and official court newspaper, focuses on the new state law that creates penalties for association members who try to pass off their pets as service animals. It reads:

Thanks to the new law that now makes it a misdemeanor to lie about an animal’s skill-set as a designated helper to a disabled owner, condo associations have fresh ammunition to enforce their pet policies.

The law, unanimously approved by state legislators, took effect July 1. It amends existing legislation by elaborating on the tasks performed by service animals.

. . . The new legislation redefines “service animal,” for the purposes of public accommodation and limits the term to a dog or miniature horse.

It seeks to protect a broader cross section of people by expanding the existing state law’s definition of disability “deaf, hard of hearing, blind, visually impaired or otherwise physically disabled.”

It protects people with physical, sensory, psychiatric, intellectual, and mental or psychological disorders specified in the most recent edition of the American Psychiatric Association’s Diagnostic and Statistical Manual of Mental Disorders.

It also goes one step further than its predecessor to require the animal’s tasks be directly related to the handler’s disability.

“What the legislation really did was provide some clarification,” said Gary Mars, shareholder at Siegfried Rivera Hyman Lerner De La Torre Mars & Sobel. “As association lawyers, it gives us a better definition of service pets, which prior to this legislation had less definition.”

Our firm congratulates Gary for being called on by the editors and reporters of the Daily Business Review for his insight into this important new legislation for community associations. Click here to read the complete article in the newspaper’s website (registration required).