My fellow South Florida community association attorneys at our firm and I have noticed an increased number of media reports about condominium and HOA disputes in 2021.  Laura Manning-Hudson and I have written about a few of these in this blog in recent months.  Typically, these situations arise due to what may be characterized as an inadequate and ineffective response by the associations involved, and sometimes they are created by inadequate planning.

However, a recent report by NBC affiliate Channel 8 News (WFLA) in Tampa about a dispute over holiday lights at a local HOA provides a good example of the type of response that communities can offer to help mitigate difficult circumstances that may adversely affect the fabric of the community.  The response by the association’s attorney in an on-camera interview with the station’s reporter goes a long way towards balancing the entire story, and it may even pave the way for a positive outcome that could be the subject of a future report by the station.

The station’s story chronicles how the Moffa family of the Westchase community hired a company to install holiday lights on their roof and front yard on Nov. 6. Mr. Moffa tells the station’s reporter that the early date was the company’s only availability, and he was unable to climb up on the roof himself. 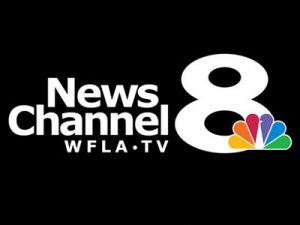 As a result, he and his family are now facing fines for violating the Westchase Homeowners Association’s rules and restrictions, which state holiday lights cannot go up before Thanksgiving. The letter from the HOA, which he shares with the reporter, indicates the family could be fined $100 dollars a day, up to $1,000, if they refuse to remove the lights, which apparently is exactly what they intend to do.

“So is it holiday humbug, or just asking people to play by the rules,” asks the station’s reporter.

In response, the story shifts to the association’s attorney, who explains that a neighbor complained about the lights, which were indeed then found to be in violation of the community’s rules. He notes that the restriction is intended to help prevent homeowners from leaving their lights up all year.

The association’s attorney then goes on to say that rules are in place to be followed, however the community’s board of directors is open to discussing change. He states that that if enough members of the community wish to change this restriction, he believes the Westchase association will listen to the residents and make changes.

The end result was a much more balanced and fair report for the association, which should be commended for considering options presented by its lawyer to achieve a balance between enforcement of association rules and the community’s possibly changing needs.

If the Westchase community would like to avoid disputes such as this one with the Moffas going forward, its board of directors should take this opportunity to open up for discussion and reconsideration at its next board meeting the restrictions against early holiday lights.

Our firm’s other community association attorneys write regularly about important matters for associations in this blog, and we encourage association directors, members and property managers to enter their email address in the subscription box on the right to automatically receive all our future articles.