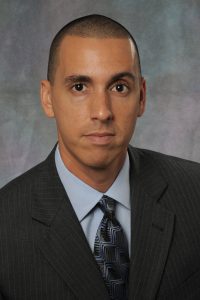 Both Montoya and Rodgers-da Cruz said they believe that the imminent trial was the final and most pressing point of motivation for the defendants to offer a mid-April settlement to the condo association’s unit-owner members.

The case was so big that Bailey requested the attorneys filter through 500 jurors in batches for jury selection. There were also at least 20 lawyers and eight witnesses involved.

“Logistically, it was a nightmare in that courthouse because you can’t get more than two people up on an elevator, so if you send the jury out to lunch, it takes more than half an hour to get the jury back and forth and in the courtroom,” Montoya said. “You just couldn’t move it the way you need it to.”

Bailey said a lot of work went into preparing for the trial to accommodate everyone.

“It made courtrooms that would otherwise be occupied for more than a month by this case, available for other cases,” Bailey said. “It allowed us to continue to try and expand the availability to jury trials as much as we could in a pandemic.”

A total of 17 people — Judge Bailey, her staff, as well as attorneys, faculty management and security — made a site visit to lay the initial groundwork for the trial plans, which were then taken to completion by the plaintiff’s two attorneys and their firms.

To set up the remote courtroom, three large banquet halls were rented to allow for separate chambers for the judge and jury. Additional costs included security, audiovisual equipment for live streaming to the public, Wi-Fi and catering to accommodate all participants. Everyone had access to escalators so people could easily get in and out.

Bailey said moving to an offsite location did not affect taxpayers.

“Any cost to the taxpayers would be de minimis because the courts were not paying for the offsite work,” Bailey said. “We were taking our court employees and moving them off-site so our Miami-Dade liaison was very cooperative.”

Although costly, many parties were willing to pool their money together.

“The court took the position that, ‘If you all want to go offsite, I can make that happen, but I can’t force everyone to contribute to that,’ “ Rodgers-da Cruz said. “Of course, we went to the parties and asked if they were willing to contribute, and there were some parties that were willing to contribute. They saw the benefit of having a larger site as opposed to trying to make it work in the courthouse. I think ultimately what was important to us was getting a trial date, because with a trial date, you have pressure and when you have pressure, you’re either going to get it resolved through a settlement or a trial and that was critical. Fortunately, we were able to pay those costs to reserve the space and enter into an agreement with the hotel and others.”

For litigants with large cases who can’t afford to go offsite, the good news is there’s room in the largest courtroom at the Miami-Dade County Courthouse.

“For most cases as we go forward, they should have the ability to do this, but if we’re going to sell ourselves as a hub for commerce, trade and business, we need to be able to accommodate these larger cases,” Montoya said. “The idea that we can’t try major cases without moving it out to a hotel is kind of a reflection of how much importance we put on the courts.”. . .

Our firm salutes Jason and Patrick for their efforts to plan and prepare for the trial, and for securing a confidential settlement for the Latitude on the River association before the start of the proceedings.  Click here to read the complete article in the Daily Business Review‘s website (registration required).