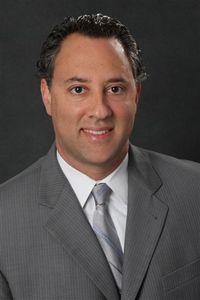 Our firm’s Jeffrey Berlowitz has been working closely with many of our community association clients in helping them to contend with bankruptcy filings by unit owners, who can use the bankruptcy code to wipe away association liens. During the last several years, he has also counseled several associations on the prospect of a Chapter 11 bankruptcy reorganization filing to enable them to overcome dire financial circumstances.

On Monday, March 23, Jeffrey’s article on Chapter 11 filings for community associations appeared in the pages of the “Business Monday” section of The Miami Herald. His article reads:

While the housing market in South Florida is continuing its recovery, many of the community associations in the region are still struggling with delinquencies by unit owners in the payment of their association dues. The shortfalls in the associations’ collections, which in some cases have also been exacerbated by gross mismanagement or even theft by members of association boards, are causing scores of South Florida condominium and homeowners associations to experience significant difficulties in satisfying their operational expenses.

For associations that are incapable of meeting all of their financial obligations, seeking relief through a Chapter 11 bankruptcy reorganization plan has now become a viable option in order to avoid forcing some unit owners to pay more than their proportionate share of the assessments.

While many typically think of financial reorganization under Chapter 11 as being reserved exclusively for large corporations, condominium and homeowners associations are also entitled by law to file for this form of bankruptcy relief. In fact, over the last few years, a couple of South Florida associations have already emerged through a successful Chapter 11 reorganization and regained their financial footing.

Chapter 11 is a designed financial reorganization program that is operated under bankruptcy court supervision, and it enables an association to restructure its debt with the protection of an “automatic stay,” which halts creditor collection proceedings during the pendency of the bankruptcy case unless they are otherwise allowed by the court. An association in Chapter 11 has the opportunity to negotiate with its creditors, cancel or renegotiate onerous contracts and leases, and avoid the seizure of assets and garnishing of bank accounts by creditors holding judgments.

In South Florida, two recent cases of association bankruptcies highlight the potential benefits for financially strapped condominiums and HOAs. The first was The Spa at Sunset Isles, which is a 232-unit condominium in Palm Beach County that filed for Chapter 11 bankruptcy in 2010. Because the community’s financial strains were being caused by many units under foreclosure, the bankruptcy court issued an order requiring the lenders that were languishing in their foreclosure actions to begin paying monthly assessments to the association before taking title to the units and, at the same time, ordered them to complete their foreclosure actions. Given that certain of The Spa’s units were in foreclosure proceedings for more than three years, the bankruptcy court’s order provided immediate and substantial relief. Ultimately, the community confirmed its reorganization plan with substantial funds in its operating account resulting from the payments it received from the foreclosing lenders.

Another recent South Florida association bankruptcy was filed last November by the Bella Luna Condominium Association, which was facing court battles with creditors, a 25 percent delinquency rate among its residents, and a threat from the City of Hialeah to cut off its water due to significant arrears in the payment of its water and sewer bills. With the help of the bankruptcy court, the condominium was able to slash its unsecured debt by approximately 85 percent and restructure its remaining debt, paving the way for this community to regain its financial wellbeing.

With the modest pace of the recovery in the housing market, many community associations are still facing significant financial distress, and Chapter 11 bankruptcy reorganization represents perhaps their best possible opportunity for a positive financial future. In fact, for associations that continue to face an exorbitant percentage of units in prolonged foreclosures, the ruling in the Palm Beach County case could set the tone for similar cases in the future. It has the potential to open the door for other associations to seek similar relief whereby lenders behind with their foreclosure actions are forced to begin paying assessments before they take title to the units, which will undoubtedly compel them to expedite their foreclosures.

Our firm congratulates Jeffrey for sharing his insights into the considerations for community associations concerning Chapter 11 reorganization with the readers of The Miami Herald.