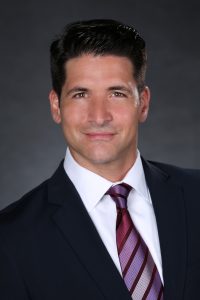 The firm’s latest Miami Herald “Real Estate Counselor” column appears in today’s edition of the newspaper and is authored by partner Eduardo J. Valdes.  The article, which is titled “Appellate Ruling Shows Potential Pitfalls of Fining, Enforcement Missteps by Community Associations,” focuses on a recent case that highlights the significance of the reasonable checks on enforcement actions against unit owners prescribed under Florida law and associations’ own governing documents.  Eduardo’s article reads:

. . . A recent ruling by Florida’s Second District Court of Appeal demonstrates the potential legal liabilities and costs for associations that fail to meet the mandated prerequisites for the imposition of fines as well as suspensions from community amenities or board seats.

The decision stemmed from a dispute between unit-owner Dale L. Gillis and the Jackson Shores Townhomes Association in Sebring, Fla. In early December of 2017, the day after conducting a site inspection of association property and finding violations on Gillis’s property, the property manager for the community sent a violation letter informing him that he owed a fine of $100 for the alleged violations.

The letter also included an invoice for the $100 fine with instructions indicating payment was due by the end of the month.

Gillis responded by objecting to the fine, but eventually the association suspended his access to community amenities and removed him from the board of directors based on his refusal to pay. He filed suit against the association, but it prevailed after a non-jury trial.

Apparently undeterred, Gillis then filed for and was granted an appeal before the Second DCA. In the subsequent unanimous opinion, the appellate panel focuses on pertinent provisions of Florida law and the association’s own governing Declaration of Covenants.

The association’s governing document calls for an initial written notice of any violations to be issued to owners after 10 days. After which, if the violation is not cured as soon as practicable by the owner, the association may impose a fine.

Florida law provides that fines or suspensions may not be imposed without at least 14 days’ written notice and a hearing before a committee of at least three members appointed by the board who are not officers, directors, or employees of the association, or the spouse, parent, child, brother, or sister of an officer, director, or employee. This grievance committee must then approve the proposed fine or suspension by majority vote, otherwise it may not be imposed.

The appellate panel agreed with Gillis that the fine was imposed without meeting the requirements of the association’s own governing declaration nor Florida law. The property manager imposed the fine one day, rather than 14 days, after the violations were discovered, and the fine had not been approved by either the association’s board of directors or its grievance committee.

The appellate court was not swayed by the association’s contention that the fine was proper because it had sent a second letter to Gillis in February of 2018 advising him that he had 14 days to contest it. In reversing the lower court’s final judgment for entry of one in favor of Gillis, the appellate court concluded that Florida law requires 14 days’ notice and an opportunity for a hearing in front of the grievance committee before a fine may be imposed. The association, however, failed to comply with both the 14 days’ notice and the hearing requirements.

The lessons from this case should be extremely clear for all Florida community associations and property managers. Circumventing Florida law as well as the checks that are typically found in associations’ own governing documents can lead to disastrous legal and financial consequences. As the prevailing party, Gillis will likely be entitled to be awarded attorney’s fees and costs, which can easily mount to significant sums in appellate cases. These costs, which presumably will far exceed the $100 fine that the association sought, will come from the association’s coffers and ultimately be borne by the community’s owners. . .

Eduardo concludes his article by noting that this will probably be an expensive lesson in fining and enforcement procedures for Jackson Shores, but it comes with no fees attached for all other associations.  He writes that bypassing the required notice and approval process for association fines and suspensions can be a recipe for serious legal and financial liabilities, and enforcement actions should only be taken under the guidance of highly qualified and experienced association legal counsel.

Our firm salutes Eduardo for sharing his insights into the takeaways from this recent appellate decision with the readers of the Miami Herald.  Click here to read the complete article in the newspaper’s website.