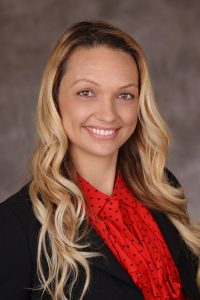 The firm’s latest Miami Herald “Real Estate Counselor” column authored by Nicole R. Kurtz appears in today’s Neighbors section and is titled “Federal and State Reforms Necessary to Address Florida’s Residential Insurance Woes.”  It focuses on the precarious state of Florida’s home insurance market, which will be the subject of a special session by the state legislature this week.  Nicole’s article reads:

. . . An article by the Miami Herald’s Ben Conarck recently chronicled how the horrific Champlain Towers collapse “has further inflamed an exodus of insurers no longer willing to underwrite policies in an increasingly risky Florida condo marketplace.” It noted that condominium associations are being forced to resort to the surplus market for less coverage at costlier rates.

“Condo associations are having a hard time getting their pre-Surfside policies renewed, forced instead to sift through estimates for less protective plans that cost twice as much, or higher. Those lucky enough to renew their policies are doing so at 30% to 50% premium increases,” according to Conarck’s expert sources.

They also indicate “[s]piraling costs and tighter restrictions in both the insurance and lending industries have led to a new fear that some particularly troubled condo buildings will be uninsurable. Companies are going to be demanding inspection and financial records — and even meeting minutes — to determine how much risk is in any given building.”

Indeed, some analysts are predicting that the state’s residential insurance market is nearing a total collapse. They point to the six property and casualty companies that offered homeowners insurance in the state but have liquidated since 2017, with two more that are in the liquidation process this year.

They also note that other insurance companies are voluntarily leaving the state, and many of those that are remaining are enacting stringent new eligibility requirements and declining to renew huge swaths of residential policies.

As with most problems of this magnitude, the solutions will probably require reforms at both the federal and state levels. Nationally, U.S. Rep. Charlie Crist (D-St. Petersburg) recently introduced the Fueling Affordable Insurance for Homeowners Act, or FAITH Act, to provide a federal backstop for catastrophic losses by issuing loans to state insurance commissioners for insurance costs over a set threshold. The bill has the support of the Federal Association for Insurance Reform.

It remains unclear as of the press time for this column what changes Florida’s lawmakers are considering for the special session, and if there are any more changes in store for state-sponsored Citizens Property Insurance. Last year, the state enacted several reforms to curb fraudulent claims and allow Citizens to implement larger rate increases, and it has applied for state approval for an 11% increase.

What is painfully clear is that hurricane season begins on June 1, and the precarious state of the property insurance industry in Florida may not be in strong enough condition to withstand the impacts of a major hurricane(s). The state’s lawmakers should take the opportunity that the special session provides to implement changes aimed at curtailing fraudulent claims, hardening homes and condominiums, strengthening the building code, adding engineering inspections, enhancing transparency, and partnering with private-sector lenders for loan programs to shore up aging buildings. . .

Nicole concludes her article by noting that the problems facing Florida’s property insurance market will not be fixed with one simple solution, but an approach that combines a number of reforms, and includes both federal and state initiatives, will have the best chance at turning the tide and steering the industry in the right direction.  Our firm salutes her for sharing her insights on this extremely timely and pivotal topic with the readers of the Miami Herald.  Click here to read the complete article in the newspaper’s website.