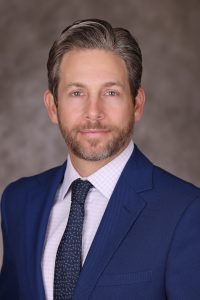 The firm’s latest “Real Estate Counselor” column in today’s Miami Herald is authored by partner Jonathan M. Mofsky and titled “Ruling Shows Pitfalls of Associations Enacting Changes Without Required Votes.”  It focuses on a recent ruling by Florida’s Fifth District Court of Appeal that illustrates the potential consequences of associations that undergo alterations to their amenities and enact rule changes without the required vote and approval of their unit owners.  Jonathan’s article reads:

. . . The case initially stems from a filing for mandatory non-binding arbitration with the Division of Florida Condominiums, Timeshares and Mobile Homes under the Department of Business and Professional Regulation. Michelle and Kevin Flint, owners of several units at the Lexington Place condominium in Orlando, objected to the condo association’s elimination of a common element dog park and a court for wallyball (i.e., a sport similar to volleyball played on a racquetball court). They alleged the association performed these material alterations without a vote and majority approval of the unit owners in violation of its own declaration of condominium.

The Flints also challenged a board-enacted rule that prevented tenants from maintaining pets at the condominium, which they claimed violated the pet restrictions contained in the declaration.

The couple prevailed in these proceedings on both issues. However, the association chose to escalate the matter by filing a lawsuit in Orange County circuit court based on the same arguments originally presented in arbitration.

The circuit court also found that the newly enacted pet rule via a simple vote of the board of directors was void and unenforceable. The court concluded that the rule violated the pet restrictions in the declaration, which did not distinguish between owners versus tenants or other occupants as to maintaining pets.

Taking exception to the circuit court’s ruling, the association chose to further escalate the case by filing an appeal with Florida’s Fifth District Court of Appeal. In the appellate court’s opinion filed in June, the panel affirmed the trial court’s final judgment affirming the initial decision by the arbitrator which ordered the association to restore the dog park and wallyball court, and to void and not enforce its new pet restriction.

Significantly, the appellate court also granted the Flints’ motion for reasonable attorney’s fees as the prevailing party in the matter, as provided under the state’s condominium laws. The case was remanded back to the trial court to determine the sum the association now owes, and the panel also authorized the lower court to award any additional amounts it determines necessary to reimburse the Flints for their share of any fees that may be levied by the association to fund its expenses in pursuing the litigation.

In the end, the Lexington Place Condominium Association and its unit owners will now be on the hook for considerable legal expenses as well as the costs of restoring the dog park and wallyball amenities. . .

Jonathan concludes his article by noting that this case illustrates how approving changes and amendments without obtaining the required favorable votes of the unit owners at a properly noticed meeting can expose an association to potentially significant legal and financial liabilities from owners who successfully challenge the board’s invalid actions.  He recommends that associations turn to experienced legal counsel to focus their efforts on analyzing their governing documents, evaluating legal options, and pursuing amendments that would update their governing documents to facilitate their own amendments process as well as future changes and alterations.

Our firm salutes Jonathan for sharing his insights into the takeaways from this ruling with the readers of the Miami Herald.  Click here to read the complete article in the newspaper’s website.