For most homeowners association communities, one of the primary functions for the associations in their enforcement of the community’s declaration is ensuring that all of the homeowners are maintaining the exterior appearance of their property.  Poorly maintained homes detract from a community’s appeal and diminish its property values, and HOAs are charged with conducting all of the necessary enforcement actions in order to consistently and fairly ensure that all of the homeowners in their community are doing their part.

A ruling earlier this month by the Fourth District Court of Appeal reinforced an HOA’s ability to have its homeowners remedy a violation of the community’s declaration involving the appearance of their home.

In the case of Hibbs Grove Plantation Homeowners Association v. Avraham Aviv and Helen Aviv, the HOA notified the Avivs that their home was not in compliance with the community’s declaration due to their failure to remove mold/mildew from the exterior of their residence.  The notice referenced the declaration’s caveat that “exterior surfaces and/or pavement, including, but not limited to, walks and drives, shall be pressure treated within thirty (30) days of notice by the ACC [Architectural Control Committee].”

The Avivs responded by hiring a company to pressure clean the exterior of their house and supplied the HOA with written proof that the job had been completed, but the association went on to file for injunctive relief. 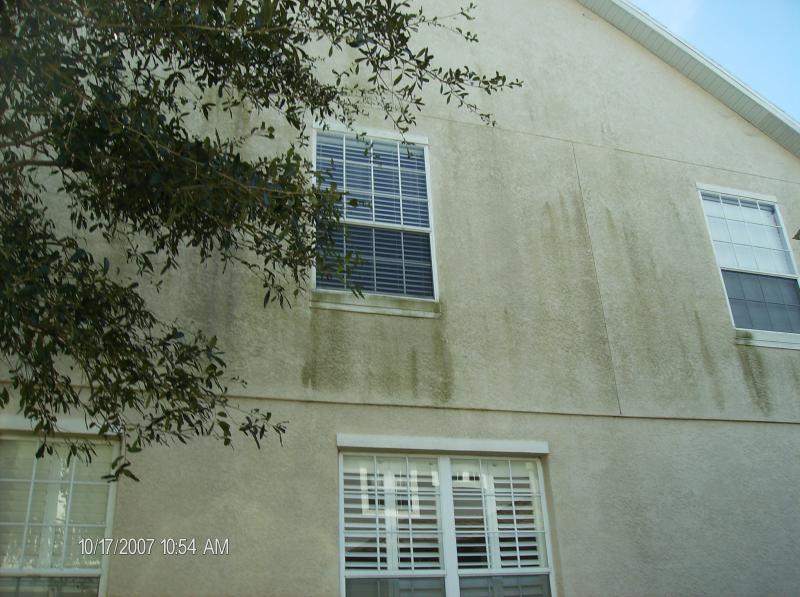 The trial court then granted the homeowners’ motion for final summary judgment, finding that they fully complied with the association’s demand to pressure clean the exterior of their home.  In its filing in opposition to the summary judgment, the association emphasized the deposition testimony of the Avivs in which they acknowledged that after the pressure cleaning some “stains” remained.  The association argued that “the relief sought by way of injunction in this case has not been obtained since the marks and/or the stains remained after the filing of the complaint and/or continue to exist.”

In its appeal before the Fourth DCA, the association argued that the trial court erred because it misconstrued the nature of the dispute and the relief which was sought.  The appellate panel concurred, finding that the complaint clearly established that the Avivs were on notice that the stains on their exterior walls constituted a violation.  It concluded that the fact that “the Association sought to compel Homeowners to pressure clean the exterior walls in its prayer for relief did not obviate the need to remediate the staining problem if pressure cleaning did not cure the violation.”

While the association ultimately prevailed in this case, it may have been able to spare itself legal, court and administrative costs stemming from the appeal if it had used clearer language in its enforcement notice and communications with the homeowners.  It should have clearly stated that the complete removal of the stains was required, and pressure cleaning was recommended but additional measures would be necessary if the stains persisted.

Associations should work very closely with qualified and experienced legal counsel for all of their communications to unit owners involving violations of their community’s declaration.