The residents of the Concord Station community north of Tampa in Land O’Lakes, Fla. recently shared their complaints and confusion with a reporter from one of their local television stations over their HOA’s use of a drone equipped with a camera in their community.

The residents indicate in the station’s report that they received an online notice from their HOA alerting them that it would be flying the drone, which the association confirmed that it operated over the community in addition to a vehicle equipped with a mounted camera.

The residents who expressed their opposition to the HOA’s use of a drone were concerned about the invasion of their privacy, especially if the drone is recording video of their backyards.  One of them indicates:  “If the drone is flying above my property, I’m going to consider that a trespass to our property and we’re going to take appropriate measures to make sure that we protect our privacy rights.” 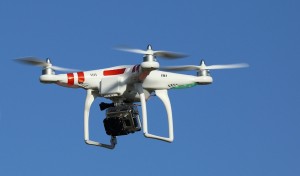 The property management company for the association explains in the report that they are using the drone to chronicle all of the physical characteristics of the community in hopes of helping to avoid the possibility of homeowner hassles in the future.  The video from the drone is being used for documentation of the state of the community, which is now transitioning from a developer-controlled association to one that is controlled by the unit owners.  The company also noted that the aerial images and video could also be used for promotional and marketing purposes in the future.

While it is not uncommon for community associations and their property managers to contract for professional videotaping as part of the engineering and structural inspections that they undertake when the control of the association is turned over by the developer to the owners, the use of a drone appears to be a new wrinkle that some are now implementing.  Depending on the costs, it could provide a cost-effective option for obtaining comprehensive and detailed images of the physical state of the property should any issues of latent defects ever arise.

However, due to the potential for concerns by the owners over the possibility of invasions of their privacy by the association’s use of a drone, boards of directors and property managers should use all of the means of communication that they would normally use in order to alert the owners and schedule the matter for discussion at a meeting that is open to all of the association’s members.  They should be prepared to answer questions about the use of the drone and the benefits that would be achieved from having the images and video that it would capture, and they also must be prepared to address and respond to questions regarding the potential for invasions of privacy.

By being as open as possible about the use of a drone as part of an association’s property inspections during turnover, an HOA should be able to address any residents’ concerns that may arise and gain the understanding and approval of as many of the owners as possible.