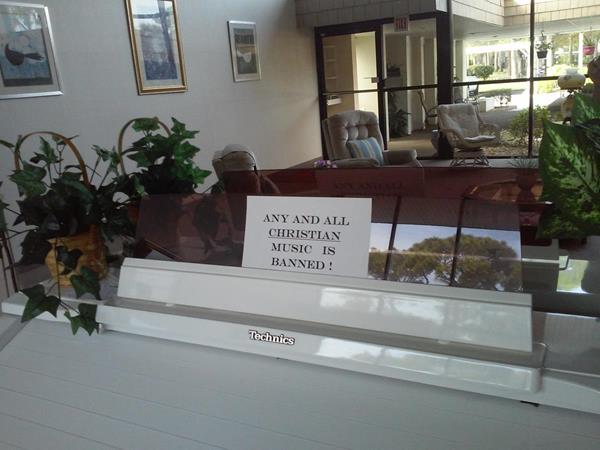 The complaint also alleges that the association violated state law because it did not include the resolution banning religious gatherings in the board meeting agenda and failed to inform the unit owners that the proposal was coming up for a vote.

Roberto Blanch, a shareholder with Siegfried Rivera in Coral Gables, said there have been similar cases in Florida, but this one is slightly different.

Other cases usually allege violations under condo association regulations or the state condominium act, but this case alleges a violation of the federal Fair Housing Act, said Blanch, who focuses on community association law.

“There have been some Florida cases on similar rules, and the appellate courts have upheld the rules, but in this particular case the attorney is alleging that it is a violation under Fair Housing Act provisions — and not necessarily a violation of the condominium act,” he said. “It would be interesting to see … whether they (federal government) consider it to be a violation of the Fair Housing Act and how that may affect condominium associations.”

Our firm salutes Roberto for serving as an authoritative source on this topic for the Daily Business Review reporter and the newspaper’s readers.  Click here to read the complete article in the DBR’s website (registration required).