Hoarding is becoming an increasingly common problem throughout the nation, especially for community associations where people are forced to cohabitate at close proximities. Depending on its gravity, hoarding can pose health threats to fellow residents, causing foul odors and pest control issues that spill over into hallways and neighboring units. Despite being a nuisance, it is important to remember that compulsive hoarding is a disorder, one which usually implicates some sort of mental health issue. As a result, community association board members and property managers should be sensitive and discrete when handling hoarding concerns in their communities. 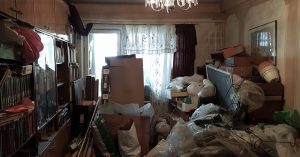 Should Accessing the Unit be the First Step?

Many associations have a provision in their governing documents that mirrors the Florida Statutes and allows association representatives to enter a unit for emergency reasons and to prevent damage from being caused to other units and the common elements, such as resolving a water loss. Though it would seem like these provisions would give an association the authority to enter a unit to investigate if hoarding is happening inside, we discourage boards from entering a unit (without the owner’s consent) on this basis. Entering units under false pretenses could expose the association to major liability. Rather, we recommend that associations contact their legal counsel. The association’s attorney could try to put an end to the issue by drafting a letter advising the alleged “hoarder” of the concern, including the concern that damage to other units and the common elements could arise from such a condition, and giving them a deadline to either confirm that such hoarding is not taking place or to cure the condition.

What if a Violation Notice Doesn’t Solve Things?

Should the resident ignore the violation notice, we recommend that associations involve government agencies to handle the enforcement. Agencies such as the health, fire and building department can step in and attempt to cure the issue. At the very least, they would be able to inspect the unit and create a report in the event that the association is compelled to file a lawsuit against the hoarder for creating such a condition.

Tread carefully when handling problems posed by hoarders—they are complex and oftentimes very difficult to solve. Remember: “one man’s trash is another man’s treasure.”