A recent case from Leesburg, Florida, illustrates why community associations should avoid issuing and using debit cards in the name of the association.

According to a recent report by Leesburg News (www.Leesburg-News.com), John Joseph O’Connor was arrested and stands accused of stealing nearly $3,000 from the Coachwood Colony HOA by making multiple ATM withdrawals with the association’s debit card shortly after he resigned as president. The transactions were discovered by the association’s new treasurer, who reviewed the bank statements after joining its board of directors and discovered nine unauthorized ATM withdrawals totaling $2,972.

The astute treasurer contacted the bank and was told that the debit card used for all the transactions was the one issued to O’Connor. 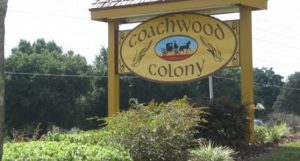 The Lake County Sheriff’s Office was notified, and a deputy questioned O’Connor who said he lost his wallet with the HOA’s debit card and had reported it to the bank. However, further investigation revealed that he had never reported the card missing, and ATM surveillance video proved to be incriminating. He was arrested and released on a $7,000 bond, and is scheduled to appear in Lake County Court on May 31.