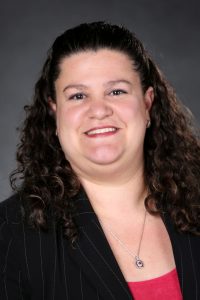 The firm’s latest Miami Herald “Real Estate Counselor” column is authored by partner Evonne Andris and appears in today’s edition of the newspaper.  The article, which is titled “Response to Negative TV News Report by HOA Shows How It’s Done,” focuses on a recent case from San Antonio, Texas, involving a homeowner’s car that was wrongfully towed by her HOA.  As often happens in such instances of community association missteps, the homeowner responded by reporting the incident to her favorite local TV news station.  Evonne’s article reads:

. . . “We looked into the claim,” begins the story from KENS 5, the city’s CBS affiliate. Jennifer Holmquist tells the station her son’s car was suddenly gone from their driveway, and they were about to report it stolen when they learned it had been towed by the Mountain Lodge Homeowner’s Association with no advance warning.

“Nothing on the door, no phone call, no email,” she complains to the reporter. She also bemoans that she was told by the towing company it would cost $300 to get the car back.

However, when the acts taken by an association are in error, simple no comment responses or those focusing on community policies and regulations may not be the best position to take. Such cases highlight the importance of a well thought out response. In this situation, it was verified that the removal of the vehicle on the community’s behalf was the result of a miscommunication with the HOA’s towing company, so the association and its board of directors had a decision to make.