Florida community associations typically have the right under their governing documents to regulate and approve leases and tenants. However, some association boards of directors are under the misconception that they can easily develop and implement new leasing restrictions via a board vote, and that they have the authority to approve or reject prospective tenants as they please without facing any scrutiny of their decisions.

As my colleague Laura Manning-Hudson wrote in this blog in her June 9 post titled “Suit Against Boca Condo Association Spotlights Importance of Governing Document Amendments, Filings,” a lawsuit filed earlier this year against Boca Pointe Condominium Association highlights the importance of properly adopting leasing restrictions to an association’s governing documents and recording them in the local court registry where the association is located. 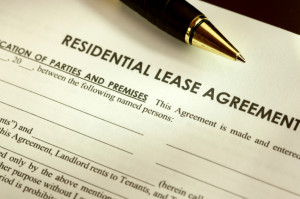 According to the suit, the association’s new leasing restriction, which it apparently adopted via a simple vote of the board the directors, was never approved by all the unit-owner association members via a formal vote. The only leasing restriction in the association’s recorded declaration states that owners are only restricted from renting units for terms of less than thirty days, contradicting the new restriction that the board tried to implement. If the allegations in the lawsuit hold up in court, the association could be forced to pay the plaintiff unit-owners’ lost rental income and legal bills.