The South Florida condominium association that I wrote about in this blog recently after it was featured in a local TV news report on its problems being caused by Pokémon Go players has now filed a class action lawsuit against the makers of the immensely popular game app.

As was documented in the recent report that appeared on Local 10 News (WPLG-ABC) in Miami-Dade and Broward, the oceanfront Villas of Positano in Hollywood, Fla. has essentially been besieged by crowds of people every night who are playing the “augmented reality” game.  The 62-unit condominium tower has been designated as a PokéStop in the game, which the lawsuit alleges has led to “out of control crowds” behaving “like zombies, walking around bumping into things” where the property adjoins the public boardwalk along the beach.

The complaint, which was filed recently in the U.S. District Court for the Northern District of California, is one of several similar new lawsuits against San Francisco-based game developer Niantic and the two other companies behind the game. 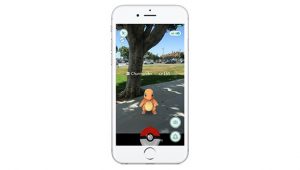 The lawsuit states that players have been drawn to the Villas to capture rare Pokémon characters that are programmed to spawn when they are first released to the public at 3 a.m. EST.

The suit states that the Pokémon Go players linger for hours, litter, and many even use “the Villas’ landscaping as a toilet during their nightly incursions.”  It notes that the association has made multiple requests to Niantic for the property to be removed as a PokéStop but has only received form responses.

END_OF_DOCUMENT_TOKEN_TO_BE_REPLACED

Firm partner Michael E. Chapnick authored a guest column that appeared in today’s edition of the Daily Business Review, South Florida’s only business daily and official court newspaper.  The article, which was titled “For Many Condo Communities, Pokemon Go Quickly Becoming Pokemon No,” discusses some of the security, safety and nuisance issues that are arising as a result of the popular new game app for smartphones.  Michael’s article reads:

The issues arise both from nonresidents who are pursuing these animated characters and feel compelled to enter a property as well as from residents and their guests who are gallivanting through the hallways and common areas at all hours in their never-ending search for more Pokemon.

While some association complexes feature a manned security gate at the main entrance, many do not and visitors are able to drive onto a property without restriction. The game does remind players to be aware of their surroundings and not to trespass, but it also encourages them to visit new locations. Some players are now simply driving up to condominium entrances and trying to see if they could perhaps even park and walk around to check for any nearby Pikachu, one of the characters. Needless to say, this creates significant security and liability issues for properties.

In addition, the hallways, pool decks and other common areas that are accessible to residents and their guests around the clock are quickly becoming gathering grounds for the players of the game, which features “lure modules” and virtual gyms to encourage them to meet and wage battles with their Pokemon. These aspects of the game lead to players congregating at all hours, which is causing significant nuisances and safety concerns for some communities’ residents and staff.

END_OF_DOCUMENT_TOKEN_TO_BE_REPLACED

The recent report by Local 10 News (WPLG-ABC) in South Florida about a Hollywood, Fla. condominium association that is considering filing a lawsuit against the maker of the Pokémon Go game app came as no surprise to our firm’s community association attorneys.  We are now starting to hear from many of our condominium and homeowners association clients about their distress regarding the nuisances and potential security and liability issues that are arising as a result of the game and its players.

The station reports that the condominium association for the Villas of Positano is considering legal action to combat the throngs of Pokémon Go players who flock to the beachside building in the early morning hours.

The issue for the property is that it is a “PokeStop” for the popular game, meaning that the virtual monsters which the players are trying to find can be found at the entrance to the property that adjoins the public boardwalk along the beach.  Rare Pokémon monsters are released at midnight Pacific Time, so at 3 a.m. EST hundreds of players make their way to the condominium’s doorstep.

The property manager is quoted in the report indicating that the players urinate in the bushes in the property, litter and make a great deal of noise, which disturbs many of the residents.

The report indicates that Hollywood police are aware of the problem, but they have said that those who remain on the boardwalk and do not cause a disturbance are not breaking the law.  However, unfortunately for the association, many of the players are infiltrating its property in their search for the virtual characters.

The association is considering joining a class-action lawsuit or filing one of its own because the game’s maker has yet to remove its location as a PokeStop.

In addition to the problems arising from nonresidents, our firm’s other attorneys and I have been made aware that there are also issues arising caused by residents and their guests who are gallivanting through the hallways and common areas at all hours while playing.  The game features “lure modules” and virtual gyms to encourage players to meet and wage battles with their Pokémon, so players are interrupting their searches to congregate and play it together in the common areas.

Boards of directors are now beginning to address these issues.  Many are starting by issuing a bulletin to all of the owners, residents and staff reminding them that excessive noise in any of the common areas – including from Pokémon Go players – creates nuisances that are in violation of association rules, and building management/security should be contacted if any such nuisances arise so that immediate action may be taken.

Management, security and valet staff are also being tasked to maintain a high level of vigilance for nonresident players attempting to infiltrate the property as well as for residents and their guests creating disturbances while they are playing.  Other considerations include restricting access to lobbies and common areas during nighttime, checking to make sure the association has sufficient insurance coverage, and even adopting rules governing the times of day that the game (and others like it which are sure to come) can be played in the common areas.