Condominium associations and HOAs throughout South Florida as well as across the country are seeking effective responses to the problem of short-term rentals that are in violation of their rules and restrictions. These unauthorized rentals, which have become prevalent with the growth of Airbnb and other online home-sharing platforms, are creating significant security and liability concerns for associations.

One response by a San Diego homeowners association recently drew the attention of its local ABC affiliate, which chronicled how the community had retained a private investigator to gather and document incontrovertible proof that specific owners were conducting the restricted rentals.  The licensed private detective and his associates were hired by the HOA and other local associations to investigate homeowners and tenants who are violating association bylaws and CC&Rs that prohibit turning units into short-term vacation rentals. 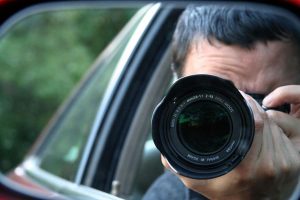 While the hiring of private detectives may initially seem as an extreme measure for an association, it makes sense when one considers the risks and concerns that are brought on by these rentals for HOAs and condominiums.  Also, court actions may become necessary against some unit owners who flout the rules, and the evidence obtained by these investigators as well as their testimony can be very helpful in these proceedings.

END_OF_DOCUMENT_TOKEN_TO_BE_REPLACED

The firm’s Nicole R. Kurtz authored an article that appeared as a “Board of Contributors” guest column in today’s edition of the Daily Business Review, South Florida’s exclusive business daily and official court newspaper.  The article, which was titled “Short-Term Rentals Not a Violation of Rules Against Business, Non-Residential Uses,” focuses on the ramifications of a recent ruling by the First District Court of Appeal that found short-term rentals do not constitute a violation of association rules prohibiting business uses of residences.  Her article reads:

In the case of Santa Monica Beach Property Owners Association v. David Acord, the association appealed a lower court’s order dismissing its action against the homeowners who rented their homes on a short-term basis. The association’s argument in both the lower court and the appellate court was that such short-term rentals constituted a violation of the community’s occupancy restrictions, which required that the homes be used for residential, non-business uses. Specifically, the association’s argument hinged on the community’s occupancy restrictions, which provided that the plots “shall be used only for residential purposes … nor shall any building on said land be used as a hospital, tenement house, sanitarium, charitable institution, or for business or manufacturing purposes nor as a dance hall or other place of public assemblage.”

The association’s complaint for declaratory judgment alleged that the Acords’ two homes in the beachfront community were being used for a “business purpose” not permitted by the association’s occupancy restrictions, as the owners offered the homes for rent on the home-sharing site VRBO.com, received income for renting the properties on a short-term basis, were required to collect and remit state and local sales and bed taxes, and had obtained a license to operate their properties as transient public lodging establishments under the name “Acord Rental.”

The Acords responded by contending that the association’s complaint failed to state a cause of action, and that the short-term rental use of the homes did not violate the restrictive covenants. They argued that because the short-term tenants were using the homes for residential purposes, regardless of the fact that they were paying for their stays, the homes were being used in accordance with the community’s occupancy restrictions.

The trial court agreed with the Acords and dismissed the association’s complaint. It reasoned that the proper focus in making a determination as to whether the short-term rental of the homes was in violation of the association’s occupancy restrictions was to determine the actual use undertaken at the properties. The trial court found that the nature of the homes’ use was not transformed from residential to business simply because the owners were subject to regulations that required licensure and they earned rental income. The court also noted that because the restrictive covenants were silent on the issue of short-term rentals, and failed to provide for a minimum lease term, any ambiguity as to whether short-term use was permitted must be resolved in favor of the homeowners’ free and unencumbered use of their properties.

END_OF_DOCUMENT_TOKEN_TO_BE_REPLACED

Firm partner Roberto C. Blanch authored a “My View” guest column that appeared in today’s edition of “Business Monday” in the Miami Herald.  The article, which was titled “Condos’ Task:  Addressing Airbnb Short-Term Rentals,” focuses on how local municipalities and community associations are responding to the issues that are being created by short-term rentals using Airbnb and its competitors.  Roberto’s article reads:

The issues created by short-term rentals facilitated by Airbnb and its competitors have been among the most pressing problem areas for condominium and homeowners associations during the past several years. While most community association governing documents prohibit short-term rentals, the enforcement of these restrictions has proved to be challenging and costly, and as a result, many association boards of directors and property managers are implementing strategic countermeasures and monitoring tactics.

South Florida has been particularly affected, given the area’s standing as a major international tourist destination, and the Miami market has ranked among the top five home-sharing markets in the U.S., according to Airbnb.

A number of South Florida municipalities have adopted new measures to enforce restrictions on these nontraditional rentals. In particular, the City of Miami Beach has been leading the charge with some of the most stringent regulations and fines in the country.

Miami Beach ordinances allow for vacation and short-term rentals (less than six months and one day) in certain zoning districts, but they are banned in all single-family homes and in a number of zoning districts. Fines for violators previously ranged from $500 to $7,500, but they were increased dramatically in March 2016 by the city commission to $20,000 for first-time violators.

END_OF_DOCUMENT_TOKEN_TO_BE_REPLACED

The problem of short-term rentals with the help of Airbnb and other similar websites in violation of community association rules has quickly become one of the most pressing issues facing associations today.  Even though Airbnb, HomeAway and VRBO claim they prohibit their hosts from renting residences in communities with rules against short-term rentals, enforcement of this policy by the online home sharing providers is virtually nonexistent.

This makes it incumbent upon the associations and their property managers to proactively monitor and investigate for unauthorized rentals and their online listings, which can be extremely difficult.  In most cases, the unit owners conducting the rentals know full well that they are violating their association’s rules, so they do what they can to avoid detection. 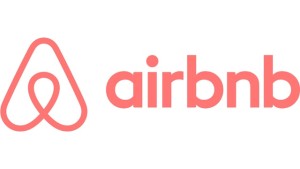 Their ploys, which typically include walking their new guests into the property and advising security that their visit is authorized, are enabling many rentals to go undetected by management and staff.  The result can be very troubling for associations, as unfettered short-term rentals can create a revolving door for guests with none of the prior screening and background checks that are typically performed for new residents and tenants.