Recently, the Fifth District Court of Appeal issued the opinion of Kings Ridge Community Association v. Sagamore Insurance Company, clarifying what constitutes a covered “collapse” under an All Risk Business Owner’s policy. On February 24, 2010, the association’s clubhouse began to shake, which was apparently caused by a failure of the roof trusses, which had deflected downward by approximately twelve inches. As a result, the drop ceiling and soffits deflected downward, and there was a substantial depression in the flat roof.

The association made a claim to Sagamore, the insurer which had issued an “All Risk” policy. Sagamore instituted an action for declaratory relief seeking a determination as to whether the damage caused by the truss failure constituted a covered loss. 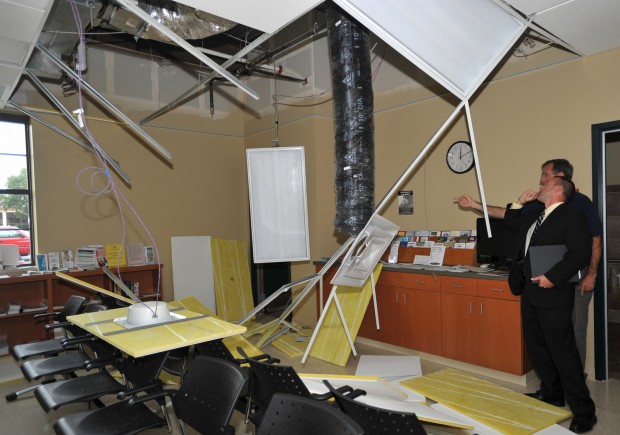 (d) Weight of people or personal property;
(e) Weight of rain that collects on a roof;
(f) Use of defective material or methods in construction,

It was undisputed that the failure of the roof trusses was caused by ponding rain, heavy A/C equipment and defective truss construction.

However, the trial court entered a summary judgment of no coverage based upon the following exclusions:

(c) A part of a building that is standing is not considered to be in a state of collapse even if it has separated from another part of the building;

The Fifth District Court of Appeal, relying upon the dictionary definition of “standing” reversed, commenting:

The court held that the policy was subject to two different interpretations and thus ambiguous. Consequently, as ambiguous policies are read in favor of coverage, the association was entitled to coverage.

When dealing with insurance issues, it is important to carefully consider the insurance carrier’s position in light of the policy language. Our South Florida community association lawyers have a great deal of experience with insurance issues, and we are available to respond to associations’ insurance questions and provide counsel on all insurance matters. We write regularly about important issues such as this for community associations in this blog, and we encourage association directors and members as well as property managers to submit their email address in the subscription box at the top right of the blog in order to automatically receive all of our future articles.