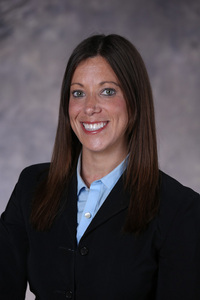 The firm’s Lindsey Thurswell Lehr wrote an article that appeared in today’s edition of the Daily Business Review, South Florida’s only business daily and official court newspaper, about the implications of the recent decision by the Fourth District Court of Appeal in the case of Pudlit 2 Joint Venture v. Westwood Gardens HOA. Her article reads:

. . . Pudlit had acquired two lots in the Westwood Gardens community via foreclosure, for which the association demanded payment for the past-due assessments that had accrued while Pudlit held the titles to the properties as well as all assessments due from the prior owner, as stipulated under Florida law.

Pudlit made the payment to the association but filed suit against the association seeking its money back by claiming that it was exempted from liability for the prior owners’ association debts due to the express language contained in the association’s own declaration of covenants, which read:

“The lien of the assessments provided for herein shall be superior to all other liens save and except tax liens and mortgage liens, provided said mortgage liens are first liens against the property encumbered thereby (subject only to tax liens). Sale or transfer of any lot which is subject to a mortgage as herein described, pursuant to a decree of foreclosure thereof, shall extinguish the lien of such assessments as to payments thereof which become due prior to such sale or transfer. No sale or transfer shall relieve such Lot from liability for any assessments thereafter becoming due or from the lien thereof.”

The appellate panel found that the state law (Florida Statute §720.3085) could not impair or supersede a pre-existing declaration provision, as that would infringe on the prohibitions against the impairment of contract rights and freedom to contract under the state’s constitution. The appellate court found that as a successor to the mortgage holder, Pudlit is a third-party beneficiary of the HOA’s declaration and the protections which it provides.

The court also noted that the language under Chapter 720 of the Florida Statutes indicating that it is “not intended to impair such contract rights” that were “effective before the effective date of the act” made the existing law inapplicable in this case.

. . . In assessing the implications of this ruling, community association directors and managers should bear in mind that most associations do not have the restrictive language in their declarations nullifying a successor’s liability for the previous owner’s fees that was at issue in the Pudlit case. In addition, most association governing documents include a provision stating that all new state laws governing condominiums and homeowners associations are deemed to be expressly incorporated into their declarations.

However, this new appellate opinion, which is the first of its kind at the appellate level in the state, should serve as a notification to all community associations in Florida to review their declarations in order to determine if the language that was at issue in this case is found in their governing documents. If it is, they would be well-served to seek the guidance of qualified legal counsel in order to amend their governing documents through the membership meeting and voting process.

Our firm congratulates Lindsey for sharing her insight on this important new appellate decision with the readers of the Daily Business Review. Click here to read the complete article in the newspaper’s website (registration required).