Firm partner Gary M. Mars authored an article that appeared as a “My View” guest column in today’s “Business Monday” section of the Miami Herald.  The article, which is titled “Condo Fraud Legislation Adds Teeth to Florida’s Laws,” focuses on the ramifications of the newly minted Florida law that established criminal penalties for some of the most common maneuvers of association fraudsters.  Gary’s article reads:

The new legislation, which will add teeth to the Florida laws governing the administration of condominiums by establishing criminal penalties for fraudsters, has been signed into law by Gov. Rick Scott and took effect July 1.

The El Nuevo and Channel 23 reports revealed many cases of electoral fraud and forgery, conflicts of interest, mismanagement, and rigged bidding systems at a number of condo associations in South Florida. The Miami-Dade circuit court grand jury investigation focused on some of the cases from the news reports and several others, and its findings illustrated in detail that the state’s laws and enforcement measures are inadequate.

The grand jury report was severely critical of the Florida Department of Business and Professional Regulation (DBPR), which has jurisdiction over the administration and enforcement of a vast majority of the state’s condo laws. “Unfortunately, the DBPR seems ill-suited to resolve, correct or prevent many of the recurring problems that have been brought to their attention,” it concludes.

The report found that the DBPR’s “failure to demand that its investigators utilize, or comprehend basic investigative techniques is breathtaking.” Astoundingly, one of the agency’s investigators testified that he did not know basic information and needed to consult with his supervisor.

The report offered recommendations for sweeping changes to the state’s entire approach to condo law enforcement. Thankfully for the state’s condominium owners, man 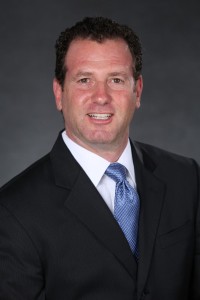 y of the suggested changes addressing such issues as open access to association records, conflicts of interests among members of boards of directors, fraud in board elections, the powers of election monitors, and the responsibilities of the DBPR were incorporated into the new legislation.

Most important, the law calls for criminal investigations, charges and sentences for board members and licensed property managers who act in bad faith for their personal profit or are involved in fraudulent activities.

Because association boards of directors control the purse strings for their condo communities, some of which featuring annual budgets in excess of $5 million, they have always made for extremely appealing targets for fraudsters who conspire to assume control via their annual elections.

In a Las Vegas case, a U.S. Justice Department investigation revealed that 11 associations were defrauded of tens of millions of dollars in a board of directors takeover scheme from 2003 to 2009. Forty-one defendants were convicted of rigging board elections through such tactics as traveling to Mexico to print phony ballots, using the master key at a condominium complex in order to remove ballots from mailboxes, and retrieving discarded ballots from condo dumpsters.

Given the potential for fraud and abuse by board members and property managers, it should not come as a surprise that the DBPR is poorly equipped to enforce the state’s laws aimed at uncovering and preventing it. Despite a statewide condo building boom over the past two decades, the agency has not added to its cadre of investigators, which now totals only 33 professionals for the more than 47,000 community associations in the state.

The lawmakers from Miami-Dade behind the new bill attained the Legislature’s approval for significant changes to the state’s laws and the DBPR’s blanket jurisdiction in upholding them. The agency was created to avoid having the state’s court system mired in disputes between unit owners and associations. It continues to play a very effective role in the arbitration of such cases, but its severely limited resources and manpower render it only modestly effective in contending with matters that rise to the level of willful and intentional acts that must be thoroughly investigated.

In order to enable the agency to continue to serve its vital function, the changes under the new law include criminal penalties for matters of willful and intentional acts such as fraud and self dealing. Such actions will fall under the jurisdiction of the economic crime divisions of state and local law enforcement rather than the DBPR, which would then focus solely on condominium administrative issues that do not require extensive investigations and prosecutions.

Our firm congratulates Gary for sharing his insights into the significant changes to Florida’s condominium laws that are now in effect under this new legislation.  Click here to read the complete article in the newspaper’s website.