Community associations often have to wrestle with challenging issues and areas of concern that can be extremely difficult to remedy.  While directors are charged with developing appropriate rules and regulations to solve all of the difficulties that may arise, without the proper guidance from highly experienced and qualified management and legal professionals they can easily make the mistake of over-reaching with responses that wind up doing more harm than good.

Such appears to be the case with the California association that made national headlines recently for its reaction to its discovery that an owner was allowing tenants to reside in their converted garage.  To address the problem, the association for Auburn Greens in Placer County taped notices on all of the residents’ doors informing them that their garage doors must be kept open from 8 a.m. to 4 p.m. Monday through Friday, effective immediately, with violations resulting in $200 fines and an administrative hearing. 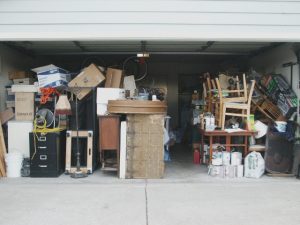 As one would imagine, the outcry from residents was severe.  Residents had legitimate security concerns about the rule, which left them without any effective means for protecting their belongings in their garages during the day.

As is often the case, it appears that some of the residents alerted journalists at a local television station about the dispute, and the station ultimately aired a story about the controversial new measure and how residents are opposing it.

In the station’s report, residents are quoted questioning the new rule and pointing out that it renders their garages relatively useless for protecting their cars and possessions.  The station says that it made numerous attempts to contact those responsible for the new rule, but the directors of the Auburn Greens association had so far refused to comment.

This rule appears to be an overzealous attempt by the association to crack down on a problem area that can be difficult for associations to resolve.  The issue of unauthorized leases and tenancies has become particularly troublesome during the last several years with the growth of Airbnb and similar websites facilitating short-term rentals.

It is a problem area that is difficult to resolve.  Measures that some associations typically implement include increased security precautions including video cameras, and increased efforts by management and security staff to detect and address unauthorized tenancies as they arise.

However, while a rule such as the one in this case is probably well within the association’s powers to enact, it should never be considered as a viable response to the issue of unauthorized rentals.  It could easily be found to be unreasonable by a judge if residents choose to challenge it in court, and it is likely to alienate the majority of the owners.  In addition, it only addresses the use of garages and does not prevent owners from renting other parts of their homes.

In truth, this and other examples of unreasonable and burdensome new rules from association boards detract from a community’s reputation.  Even worse is that any resulting negative media coverage also diminishes the image and perception of community associations by the general public.

Members of boards of directors need to understand that finding the most reasonable and effective solutions to some of the challenges facing community associations can be very difficult, and ideas such as this one that are unreasonable will almost always do more harm than good.  The best approach for directors is to discuss difficult issues with highly qualified professionals, research how other associations are responding, determine the pros and cons of various responses including monetary costs, and finally make highly informed and well thought-out decisions.

In addition, if an association does find that it may have gone too far with a new rule and the outcry against it by the owners is severe, the best approach is usually to quickly rescind it and advise the residents that the topic and other new measures to address it will be discussed during the next board meeting.  This will typically help to mitigate the damage and hopefully prevent the entire episode from playing out in the local media.