For all those who reside in communities governed by homeowner associations or are buying into one for the first time, you should be aware of documents referred to as the covenants, conditions and restrictions of such community, or CCRs in industry parlance for short. These CCRs, together with an association’s articles of incorporation, by-laws, and rules and regulations, comprise the governing provisions with which all owners in a community must abide, and they are given the effect of a legally binding agreement to which all the owners governed by the association are bound.

For some sprawling HOA communities, minimum square-footage requirements are common provisions found in such covenants. These restrictions on the size of homes within a community are aimed at maintaining uniformity as to the types of homes located within it. Homes that are too small or too big by comparison to all the others might be considered to have a detrimental effect on the property values for the enclave. 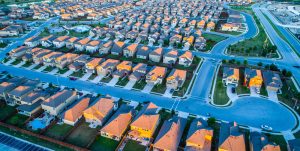 Architectural restrictions covering property improvements are also almost always in place. Again, the goal with these is to help ensure architectural aesthetics and cohesion. Homeowners and the architects they hire must pay careful attention to the architectural planning criteria to which all modifications or improvements to homes within a community must abide so as to keep in compliance with the association’s standards and to uphold its community appeal.

For instance, new fences and buildings on a lot within the community are often restricted in HOA communities, again to maintain a harmonious look that enhances and preserves overall appeal. Chain-link fences may also be discouraged or completely disallowed, as might some types of sheds and outbuildings.

Animal restrictions are also extremely common, both in HOA and condominium communities. Raising livestock, for example, is almost always disallowed, and pet restrictions are also typical. These can include bans on dog breeds considered by some to be dangerous, such as pit bulls, and also restrictions on the number of pets and their maximum weight.

Other common restrictions included in CCRs are those covering the maintenance of owners’ lots and the appearance of their homes, as well as the types and sizes of signs and flags/poles that might be allowed. Some communities also restrict the number of residents who are allowed to permanently occupy a dwelling, as well as the length and nature of rentals and tenancies.

While many CCRs may include restrictions such as those described above, the extent of such restrictions together with their enforcement must be consistent with federal, state and local laws/ordinances. For example, the State of Florida bans communities from imposing outright prohibitions upon the respectful displays of the American flag as well as several other flags, and of course there are federal fair housing laws that ban discriminatory practices in the purchase, ownership and occupancy of dwellings in communities.

It is important for owners and buyers in communities governed by associations to be aware that they are legally liable for noncompliance with their community’s CCRs. As a unit-owner member they should view abiding by such rules as their duty to their fellow neighbors and owners, just as how they should see serving on the community’s board of directors or its committees. Ownership in communities governed by associations has its advantages in hassle-free living with unbeatable access to superlative amenities, but it comes with the expectations of equal and reasonable requirements for all the owner/members.