In addition to Florida House Bill 87, which I wrote about in this blog last month, HB 501 also presents serious concerns for associations, property owners and even also public-sector projects. The bill seeks to reduce the statute of repose for construction-related claims from the current 10 years to just seven years, meaning that claimants will have only seven years from the date of the completion of construction to file any claims for the design, planning or construction of any improvement to real property.

Unlike the statute of limitations, which establishes a time limit within which an action must be brought from the time of the accrual of the cause of action, the statute of repose bars a claim after the conclusion of the period of repose, thereby creating an absolute bar to such claims even if the claim is for a latent defect that was not discovered until years after the completion of construction. It holds contractors, subcontractors, architects, engineers and other construction-industry professionals free from all liability after the set term of time expires.

With HB 501, the legislature would reduce the period of repose from 10 to seven years, so after seven years any latent structural defects or other latent defects that have not manifested themselves beforehand would become solely the responsibility of the property owner. For condominium associations, this change would be particularly troublesome because, unlike the period for the statute of limitations which does not begin to run until after the turnover of control from the developer, the clock starts ticking for the period of repose at the completion of construction, which is often years before the turnover. Thus, if the turnover of a property from the developer is delayed beyond the normal course for some reason, the period for a condominium association to bring any construction claims could be quite short, as no extension is given to the association for the period of repose under current law or under the proposed bill. 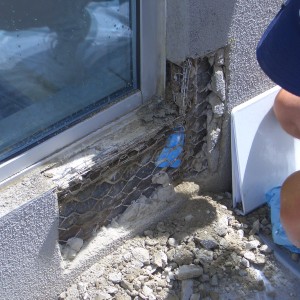 Typically, construction defect claims for condominium associations are only brought after turnover has taken place, as the turnover process includes an independent engineering inspection of the structural and mechanical elements. Also, prior to the turnover, the unit owners will not be as informed and involved with the management and administration of the property while it is still being overseen by the developer. And, it would be cost-prohibitive and impractical for individual unit owners to commission an engineering inspection and report for the common areas on their own, and then file suit for the construction defects of the whole condominium on their own.

Thus, the statute of repose, if it gets shortened to seven years, could create an incentive for developers to limit their exposure to construction defect liability by delaying the turnover as long as possible, as the longer they wait to complete the turnover, the shorter the window of opportunity becomes for the association under the statute of repose to identify any defects and pursue a claim.

Builders and their lobbyists in support of this legislation argue that most construction defects become apparent within a few years of the completion of construction, but the fact is that some of the most costly and cumbersome defects to repair are latent structural and mechanical defects that can take well over seven years to become evident. A well-known and oft-cited example of this took place years ago in Key West when one of the area’s largest concrete firms used salt water to mix its concrete. The residual salt in the concrete caused the reinforcing steel to corrode, but the defect did not become fully apparent until years after the completion of construction.

The current ten year statute of repose was already previously reduced from fifteen years in 2006, and the additional reduction to seven years that is being considered appears to be receiving mixed reviews by the lawmakers. Two civil engineers gave expert testimony against the bill before the House’s Civil Justice Subcommittee, which narrowly passed the bill by a vote of 7-6 and sent it on to the House Judiciary Committee.

Our firm encourages associations and property owners to contact their state representatives and senators to share their concerns regarding HB 501 as well as HB 87, which you can learn more about by clicking here to read my recent blog article. Click here to find the contact information for the state legislators for your district.