When disagreements and disputes arise amongst those who serve on community association boards of directors, emotions can run high in light of the impactful nature of the decisions made by such directors.  However, as association directors are duty bound to act in the best interests of their community and its owners, they should seek to avoid engaging in personal spats and attacks with one another and the owners that could lead to potential legal liabilities for the association.

One of the best examples of the dangers of public rows between association directors and unit owners is now playing out at the Porta Bella Yacht and Tennis Club in Boca Raton (pictured below).  As chronicled in a recent report from www.BocaNewsNow.com, homeowner Samuel Loff filed a lawsuit against the association premised upon an allegation that its board members made inappropriate and inaccurate accusations against him as part of a retaliation campaign. 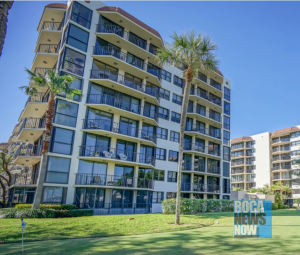 The lawsuit alleges that the community’s board of directors retaliated against Loff for an email that he sent to them complaining about security shortfalls and announcing his candidacy for a board seat.  Shortly after his email, the suit alleges that the board began accusing him of making unwanted advances to a female security guard, and it later put those accusations in writing via an email distributed to all the unit owners.

The complaint states that Loff’s initial email to the board highlighted broken doors and locks, and the lack of cameras and lighting in the community.  Just days after his email was sent, the complaint alleges that the board first accused Loff of making unwanted advances to the female guard.  Approximately one month later, the board allegedly distributed a mass email to the owners, which also included reference to the allegations against Loff.

Loff denies the board’s allegations, and he filed his lawsuit against the association in Palm Beach County in December.  The complaint includes claims for libel, defamation, breach of fiduciary duty, and negligence.  If the court decides in Loff’s favor, and if the board of directors is resultingly found to have acted with malicious intent against Loff, then the lawsuit could prove to be extremely expensive for the association, both in terms of damages to Loff and attorneys’ fees and costs.

From the detailed nature of the 28-page complaint, which includes exhibits containing communications from Loff as well as from the board of directors, it is a safe bet that this will be a costly litigation for the association to defend.  However, it also appears that a lawsuit may have been less likely if the board of directors would have taken an alternative approach with respect to addressing their concerns about Loff’s alleged actions.

More specifically, based upon the claims referenced in the complaint, it seems that if the board of directors would have avoided making public accusations against Loff at its meetings and via emails to the owners, then the association may not be facing such a lawsuit, nor the resulting strain on the community’s resources.  Any actions involving security personnel that may have required investigation would have been better handled by experienced human resources professionals, with confidentiality for the parties involved.

Furthermore, any subsequent proposed repercussions, based on the findings, should have been closely vetted by experienced community association and employment legal counsel, as applicable, prior to implementation.  Allowing directors’ emotions to flare and accusatory statements to be made only exposes associations to potentially dire legal consequences, as well as potential financial strains on an association’s resources as the Porta Bella owners may now know all too well.

Click here to read the article and the lawsuit at BocaNewsNow.com.

Our firm’s South Florida community association attorneys write about important matters such as this for associations in this blog, and we encourage association directors, members and property managers to enter their email address via the subscription box on the right to automatically receive all our future articles.