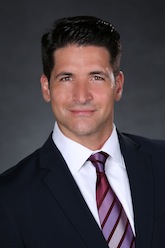 An article authored by firm partner Eduardo J. Valdes is featured in the op-ed “Opinions” page of today’s South Florida Sun Sentinel.  The article, which is titled “Post-Surfside, condo associations must be proactive with change | Opinion,” focuses on the impact that the horrific tragedy of the Champlain Towers South collapse has had on the condominium associations for similar towers nationwide and their boards of directors.  Eduardo notes that in addition to the shared grief and remorse with the families and friends of all the victims, many condo owners across the country are now raising questions about their own buildings’ structural safety and financial health, and some have also begun to feel more concerned about the funding of reserve accounts for major repairs and replacement projects.  His article reads:

. . . All buildings deteriorate over time, so associations should always set aside funding on an ongoing basis to mitigate and remediate any structural elements that require attention.

As they begin reassessing their associations’ commitments, condominium boards of directors will generally try to avoid special assessments demanding additional funds from all the unit owners. They will need to consult with legal, financial, engineering and insurance professionals to strike a balance between the funding of reserves and the use of special assessments when they become necessary from a life-safety standpoint.

Condominium association directors and unit-owner members would also be well advised to come to terms with the new reality that future buyers will now have many more questions and concerns than in the past about the financial health of the association and current state of the actual property from the ground up. Some will surely request that sellers provide them with the minutes from prior board meetings, information on any past or planned special assessments, the status of renovation and remediation projects, past changes to the monthly assessments over the years, the findings of past reserve studies, and the status of current reserve funding. They are also now more likely to conduct a thorough visual inspection of the entire property prior to making a written offer.

END_OF_DOCUMENT_TOKEN_TO_BE_REPLACED

In the hours, days and now weeks since the horrific tragedy of the Surfside condo collapse, the firm’s Gary Mars and Stuart Sobel have been among the most sought-after expert sources by local and national media.  They have conducted extensive interviews with NBC News, the Miami Herald, South Florida Sun Sentinel, Daily Business Review, Law 360 and The Real Deal.  In addition, Gary and Stuart appeared live in wide-ranging interviews on The Florida Roundup and Sundial, the news and public affairs shows produced and aired by WLRN FM-91.3, the South Florida National Public Radio affiliate.

Both of these interviews covered a great deal of ground, and we encourage all those interested in learning more about the questions involving the legal ramifications of this tragedy and the liabilities of the insurer, builders, engineers and architects to listen to both.  Gary’s interview on The Florida Roundup aired on Friday, July 2, at 1 p.m., and it’s available to be heard in full by clicking here.

Stuart’s interview aired during the Sundial show at 1 p.m. on Tuesday, July 6.  He discusses the extremely high qualifications of the judge and engineer assigned to the case, and he also shares his insights into the projections for the investigation and the ultimate compensation for the victims and their families.

It is a wide-ranging discussion that also delves into the projected reforms that he foresees are likely to follow.  Stuart’s interview is available by clicking here.