For the past several years we have written many articles in this blog encouraging condominium associations to aggressively move their foreclosure cases forward in order to take ownership of those units whose owners are delinquent in advance of the banks’ foreclosures. RealtyTrac’s data shows that it takes an average of 2.5 years for bank foreclosures in Florida to conclude. By aggressively pursuing their own foreclosures, associations were able to acquire title to the units and subsequently lease them in order to recoup some of their back-due fees. This strategy has become increasingly popular with condo associations, which have benefitted economically from the approach and, in turn, regained financial stability. However, a recent ruling by the Third District Court of Appeal should cause condominium associations to reconsider.

Our other community association attorneys and I were quite surprised by the appellate court’s reversal of the lower court’s ruling in the case of Aventura Management, LLC v. Spiaggia Ocean Condominium Association, Inc. In Aventura, the lower court found that the condo association (which had acquired title to a unit through its own foreclosure) was entitled to bill all of the outstanding past-due fees to the eventual new owner, subsequent to the bank’s foreclosure.

The appellate court disagreed and reversed the decision, finding that Florida law clearly provides that “the previous owner is jointly and severally liable” together with the new owner for all unpaid assessments that come due up to the time of the transfer of title. The opinion reads: “The plain language of the Statute does not state or suggest that an exception is to be made when the previous owner is the condominium association.” Therefore, by positioning itself as the “previous owner,” the majority held that the condominium association became liable for the unpaid assessments and could not turn around and impose that liability solely onto the eventual new owner. 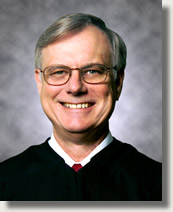 Justice Frank A. Shepherd wrote the dissenting opinion and stated: “Applying these rules to the case before us, it is apparent the fundamental purpose of the Legislature in promulgating section 718.116 was to assist condominium associations to be made whole in the collection of past due assessments, while at the same time not unduly impairing the value of collateral held by first mortgagees. In furtherance of this design, the Legislature has given condominium associations a statutory lien on each condominium unit over which it has jurisdiction, to secure payment of assessments without the necessity of filing a claim of lien in the public records, with the single exception of first mortgagees, where record notice is required. § 718.116(5)(a). Thus, under the legislative scheme, third-party purchasers of condominium units, like Aventura Management, LLC, are subject to old-fashioned caveat emptor principles. Their protection lies in satisfying themselves before purchase, whether by contract or judicial sale, of the status of past-due assessments on the unit.”

Our other condominium association attorneys and I agree with Justice Shepherd’s dissenting opinion. In our communications with Florida legislators prior to and during the 2013 legislative session that starts in March, we will be urging them to enact new legislation to exempt condominium associations who take title to units via their own foreclosures from liability for past-due assessments. Until such legislation is ratified, condominium associations that are considering pursuing their own foreclosure actions and taking title to units in advance of banks’ foreclosures should consult with qualified legal counsel to examine the specifics of their case in light of this new decision.